TYPES OF WHISTLEBLOWER CASES WE TAKE ON

Price Armstrong specializes in certain types of government fraud cases, and has the expertise and track record of success to help whistleblowers in the following areas:

It is estimated that as much as 10 percent of all Medicaid and Medicare spending is for fraudulent claims—in 2016, that would have amounted to about $65 billion. Employees of healthcare companies often have insight to these illegal practices and can seek legal help to report the activity.

Customs fraud occurs when tariffs and import duties are skirted by those who import goods. These taxes are meant to protect American manufacturers from unfair competition from other companies. Because customs fraud is so difficult to detect, whistleblowers are a necessary piece of the puzzle to stop companies from avoiding tariff costs.

In environmental fraud, a government contractor could fail to comply with the Clean Air Act, the Clean Water Act or other environmental regulations. Whistleblowers are an integral part of keeping these companies from breaking regulations and protecting our natural resources.

Filing a complaint against a company that is defrauding the government can be an agonizing decision. It is imperative that you speak to experienced whistleblower attorneys such as those at Price Armstrong – you need a zealous advocate who will protect you throughout the duration of the case.

At Price Armstrong, our qui tam lawyers have prosecuted False Claims actions across the country and have the experience and resources to help whistleblowers on their quest for justice. We know your story is important, and we fight aggressively to represent you. Contact us today to set up a free, confidential consultation and review of your case. 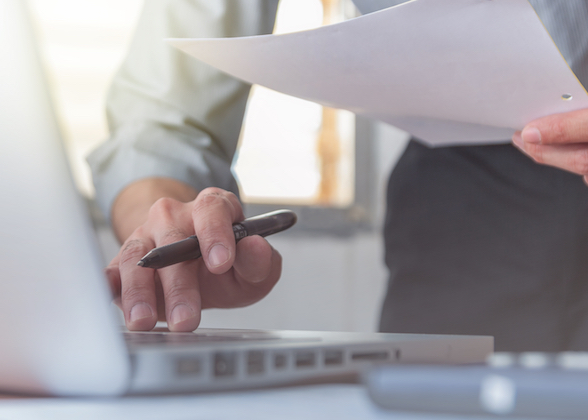 A whistleblower is any employee or individual who discloses information he or she reasonably believes shows illegal actions, fraud, abuse of power, mismanagement, gross waste, general wrongdoing and substantial danger to public health and safety.

Whistleblowers are crucial to the health, safety and financial well-being of the public. When a whistleblower brings to light fraudulent activity against the government, the public interest is served. The whistleblower should not be made to suffer for doing the right thing in the form of career damage, job loss and financial losses.

The False Claims Act ensures that any whistleblower who brings claims exposing government fraud is protected. The Anti-Retaliation provision in the False Claims Act establishes that an employee, contractor, agent, or any other type of whistleblower which is employed by the company at issue cannot be retaliated against, or threatened for retaliation, for their actions. Retaliation could take the form of harassment, dismissal, demotion or disciplinary measures. Harassment could also include such behaviors as failing to renew the contract of a whistleblower, withdrawing certain privileges (such as access to training), or the loss of responsibilities (marginalization). The False Claims Act establishes that where such retaliation occurs the whistleblower is entitled to “all relief necessary” to make them whole, including reinstatement to the prior position, two times back pay plus interests, and compensation for any special damages, including the cost of litigation and attorney’s fees.

At Price Armstrong, we recognize that fear of retaliation is a paramount concern among whistleblowers, many of whom are still employed by the company that is committing fraud against the government. We work hard to make full use of the protections afforded whistleblowers under the False Claims Act to ensure that our clients receive the recovery they are entitled to and which recognizes their service to taxpayers, and to ensure that no employer can undermine the False Claims Act through retaliation.

"I struggled to decide what lawyer to talk to when I felt I needed to report medicare fraud where I work, but I’m glad I chose Price Armstrong. They were there for me throughout the process and I certainly appreciated their expertise. Thanks for the hard work and the excellent result."
Whistleblower Client

HOW WE REPRESENT YOU

If you have discovered fraud or wrongdoings by your employer or a competitor, it can be difficult to know what to do next. Price Armstrong has extensive experience litigating the different types of whistleblower cases, helping maximize the recovery for the whistleblower and for the government, and ensuring that our client’s interests are protected at all times. If you are a whistleblower, or are thinking about blowing the whistle on illegal, fraudulent behavior, it is important to discuss your case with an experienced qui tam lawyer. Call us today for a free initial consultation. Every consultation we provide is entirely confidential.

We can help you review your legal options and protect you as you take this important stand against fraudulent and illegal activity. And, if we file your case, we work on a contingency basis and advance all costs, meaning that our clients do not pay anything unless their whistleblower case is successful.

Can anyone bring a qui tam action?

If you have specific information about a violation of the False Claims Act or government fraud, then you may bring a qui tam action, unless you are a current or former member of the Armed Forces or convicted of criminal misconduct involving the same misconduct. Even if you are a participant in the fraud, you are allowed to be a whistleblower. In fact, many whistleblower cases are brought by employees or contractors who discover fraud in the course of their employment.

What if I participated in the fraud?

How are qui tam plaintiffs compensated?

Qui tam plaintiffs receive a percentage of the recovery in the qui tam action. This is usually between 15% and 25% if the government intervenes in the matter. If the government does not intervene, then plaintiffs may receive up to 30% of any recovery. Part of the role of your qui tam attorney should be to advocate for an appropriate compensation for any whistleblower.

How do I file a qui tam case?

A qui tam action is filed in the United States District Court off of the public record. Your qui tam attorney will be able to help you file your complaint and protect your rights during this time.

Will my qui tam case be sealed?

Under the False Claims Act, every qui tam lawsuit is initially filed “under seal” in federal court. This means that the identity of the whistleblower is protected from public disclosure for a period of time to allow the government to investigate the conduct alleged. If you file a qui tam case, this investigation period is crucially and it is important to have attorneys who are experienced and equipped to work in concert with the government.

Does it matter how quickly I file?

Yes, when you file your whistleblower lawsuit can be important, for at least two reasons. First, all claims under the False Claims Act are subject to a statute of limitations which can prevent recovery if a case is brought too late in some circumstances. Second, particularly for fraud that is widespread throughout a company, multiple cases may be filed by different whistleblowers. As the False Claims Act provides for the anonymity of whistleblowers to be protected during the investigation phase of qui tam cases, only the government may know of the extent of these filings. A “first to file” rule can apply which limits the role and recovery of any subsequent whistleblower who files after the first case.

If you have discovered fraud or wrongdoings by your employer or a competitor, contact the attorneys at Price Armstrong. We can help you seek justice and protect your rights throughout the process. We represent clients nationwide with offices located in Birmingham, Alabama, Tallahassee, Florida and Albany, Georgia. Call us today at (205) 208-9588 for a free initial consultation and review of your case. Let us fight for you – call now!